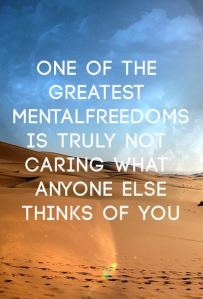 I get Miley Cyrus, in some ways.  I truly do.  Discovering the power of your sexuality, and trying that out, not caring about the consequences – we’ve all been there.  Women are powerful, and not just sexually, at all ages, but unfortunately it’s been stamped on and shamed on and controlled for so long that we have no clue how to just… be, most times.  Unless we make ourselves attractive and have a powerful man standing beside us we feel naked, incomplete, irrelevant.  Unless we act the way that society says women should, the way that men say we should, we are labeled – feminists, ballbusters, lesbians, bitches.  I understand, I truly do, why youth is so appealing, why we celebrate it, worship it and try to hold on to it as much as we can – younger spouses, cosmetic surgery, staying current on trends.  But where does that leave the rest of us?  I’m not in my 20s or 30s anymore, and I feel a bit like I’ve been cast aside, that my opinion and my person no longer matter.  And most especially, now that my uterus is no longer fertile and I don’t want to spend endless hours preening and slaving to fashion and makeup, I feel… dead, sexually. Undesirable, in every definition of the word.

I drove home the short way a few weeks ago, which I rarely, if ever do, because of situations like I’m going to recount.  It was a lovely Southern California day, the windows were down, and the sun was going down, angling low across the sky, making it a backlit canopy.  On the two-lane stretch of Woodbury where I was driving, the speed limit was 40 mph.  People were going slower than that, and it did annoy me, only because I had to be somewhere, but I wasn’t driving like a jerk.  Trust me; I know when I’m driving like a jerk.  I’ve done it for a long time and I am UBER-aware of myself tailgating, getting frustrated…this was not one of those times. (I have tried to curb my aggressive driving tendencies, and I think for the most part, I have succeeded.  LA is a difficult town to practice Zen driving in, believe me.)

I changed lanes to the far left and fell in behind an old, red Honda.  He was a couple of miles below the speed limit, and I crossed over Washington behind him, as he zigged into the right lane, I followed, and had to stifle a chuckle when he passed a fire truck on his left and stuck his hand out the window to wave and give a solid “thumbs-up” to the riders. The fireman on the passenger side raised his hand slightly and gave him the smallest, briefest of waves.  The red Honda then pulled ahead into the left lane, and I followed.  At the next light, he slowed to get into the far left turn lane. And I mean, really slowed. Trying to piss me off slowed. The light was still green and I braked, turned my wheel hard to the right to get around him, and then hard again to the left to straighten out, but missed the light.  He crawled up beside me to my left, rolled down his window and tossed the opening salvo – “You’d better be careful there, girl, tailgating like that!”

Where do I even begin. Do I feel flattered that thinks I’m a “girl,” not a woman? (He was under 60, therefore not old enough to play the age card) Do I mention the tortoise-like (read: controlling) maneuver of his that precipitated the event? Do I laugh it off and ignore him, turning my music louder?  Well, unfortunately, the answer is d) none of the above.  I was so annoyed with him a) being distracted and waving at a fire truck like a 5 year old, b) purposely slowing down and trying to control others (namely, me), but mostly… mostly, I was hot that he had called me, “girl.”

Listen, I’ve had a great fucking life so far. I really do not have anything I can complain about that I wouldn’t feel ashamed complaining about.  I did what I wanted to do, for the most part, and made a life for myself in another country, even while being illegal there; I was gorgeous in my young womanhood, and I knew it.  I drank and smoked and cursed and fucked with the best of them, and men loved it (well, most men anyway, the kind of men I liked back then). It’s looked on a lot more favorably when you are 25 than when you are 45 (and quite a few pounds heavier than you were then as well). I know now that some of my affections, and my actions, may have been misplaced, but I really do believe that particular truth is given to us at a time when we are most open to receiving it.

So, in that bohemian, independent spirit of my youth, I laughed under my breath, turned to face ahead of me again, and muttered, “Fuck off.”  To which he looked taken aback, and said, “What did you say?!?!”  God, will this light never turn green???? Is what was going through my head, but, not turning to him, I responded, without malice, or intonation at all, “you heard me.”  There was silence, except for Def Leppard vaguely playing in the background.  Then, after a few moments, came the kicker.  The retort that comes only when you can’t think of anything else to say and are pissed off enough to want to hurt.

“You’re a fat pig… aren’t you!?”  The last bastion of the witless.  Although it’s probably true to some extent, I’m heavier than I’ve been in a long time and certainly not the looker I once was, but how does someone even know that, seeing you from the shoulder up?  Are my jowls really giving me away? (I’ve got to look into that Lifestyle Lift.)  And really, there were so many adjectives that flew into my head to counter with (balding, ginger, pockmarked, to name a few), it could have gotten much uglier.

The light finally, FINALLY turned green, and I stuck my long, manicured hand out the window and flipped him off hard, like Jennifer Aniston showing her boss her “flair” in Office Space.  I gently pressed the accelerator in my Prius and silently headed home.  Oh, it hurt.  Believe me, it hurt.  I’m no longer as adept as I once was at sloughing off the slings and arrows sent my way, back when I was gorgeous and didn’t care, about authority or much else.

But what gives him the right to say that to me? I’m a big fan of men, I love them, have always been around them; I feel their plight as they head into this brave new world of metrosexuality, 24/7 porn, and women fucking like men, and can understand their bafflement. I see that they too feel irrelevant, out of touch, unnecessary. But I also know the surest way for a man to control a woman is to make a dig about her appearance.  This jackass is one in a long line of social fuckwads that has said something blatantly ridiculous to me in the hopes of hurting and showing his power and control over me. Now that I’m older, I see them as sad, pathetic, lacking in confidence, no self-esteem – and I can have some compassion. 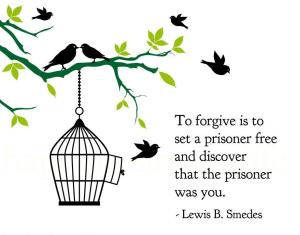 The only good news that came from this encounter was that I’ve started taking the long way home again, even though it adds 5 minutes to my already ridiculously short 15-minute commute.  I didn’t fall into depression and hate the world for being so mean, as I would have years ago.  I didn’t carry it with me, because even though I may have been unwise to “poke the badger with a spoon” and tell him to “fuck off,” his response was completely irrational and uncalled for.  And one of these days, I’m going to really be able to say that I don’t care about what people think of me.  And I will believe it.  And the fucking roar that will issue forth from my mouth upon that happening… well, that will be something, won’t it? 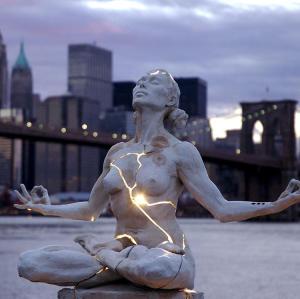